The end of Earth will not be the end of us. 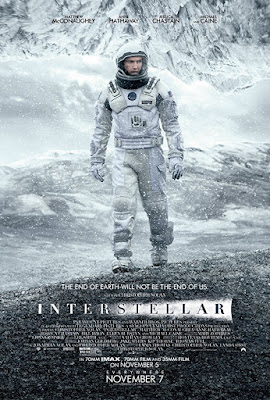 Synopsis:
Earth's future has been riddled by disasters, famines, and droughts. There is only one way to ensure mankind's survival: Interstellar travel. A newly discovered wormhole in the far reaches of our solar system allows a team of astronauts to go where no man has gone before, a planet that may have the right environment to sustain human life.

If this is your first visit to the Cave welcome! Interstellar is part of the Robots In Film Blogathon Hosted by Quiggy over at The Midnite Drive-In and Hamlette's Soliloquy please make sure to check out the other 18 bloggers taking part in this event. 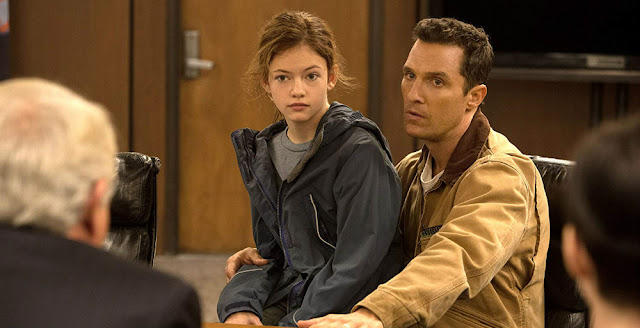 From his humble low budget independent cinema roots to some of today's biggest blockbusters Christopher Nolan has become one of Hollywood best storytelling and acclaimed writer-director. Here is a quick recap in case you have forgotten, Nolan's first break came from his own independent movie Memento that landed him Batman Begins trilogy to Oscar Nominations for Memento, Inception, and of course his latest hit Dunkirk the man does amazing work. And Interstellar was an Oscar winner for Best Achievement in Visual Effects and maybe Han's Zimmer deserved a little more Oscar love with an amazing soundtrack! Although we are not here to talk about Nolan so let's talk robots and the true heart of this movie his daughter.

You can not take away just how beautiful this movie is without a great cast and story to go along with it. Hidden underneath all the Sci-Fi jargon and amazing special effects lays a wonderful story about a Father and Daughter. Mackenzie Foy may have started her movie career with Twilight but in Interstellar she turned on her acting prowess pulling hard at your heart strings! The father-daughter storyline really had me close to tears along with a clear punch to the stomach making sure the audience felt her pain! Such an amazing job for this young star. She was nominated for Best Supporting Actress in several award groups that year and winning four of them. Honestly, Interstellar would not have been as good without this young one. Ok, the Robots... 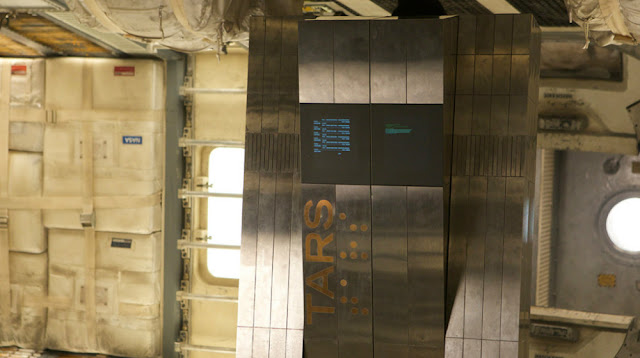 TARS and CASE are the two robots which are part of the Endurance crew. TARS is a former marine robot with angular limbs and a sarcastic attitude. TARS' personality can be characterized as witty, sarcastic, and humorous, and with those traits programmed into him, they make him a better-suited companion. TARS also appears to be somewhat more versatile than CASE, being suited for tasks ranging from piloting to data collection. Voiced and puppeteered by American actor Bill Irwin who also operated and controlled the heavy machinery which weighed almost 200 pounds. Later the actor was digitally removed during post-production as he was a few inches taller than TARS. 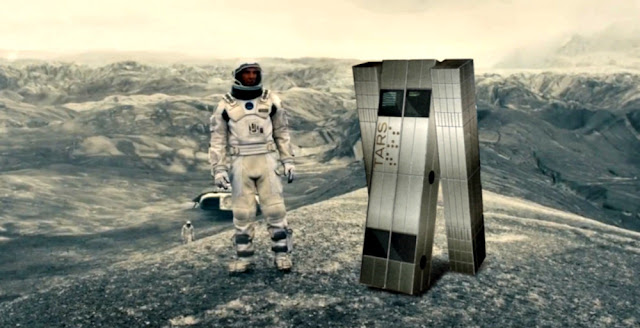 Despite being a robot who follows the order of his crew, TARS is quite intelligent and is capable of acting on his own. I really love the idea that TARS is not your atypical R2-D2 type robots, in fact, he is pretty basic, he is a block. I suppose here on earth if we can't save our planet how are we going to build fun looking robots right? 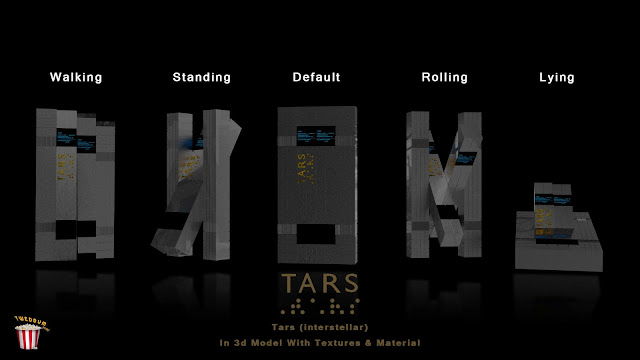 Even tho he is a block he is pretty amazing and holds the space story together like most robots do. With that said not only where Foy and TARS amazing Nolan had a job to do bring us a space odyssey that we have not seen since Stanley Kubrick's 2001: A Space Odyssey.  But fear, not Nolan contrives a great scene:**Light Spoiler** When Cooper comes out of the hole to find that time has slipped forward decades while he’s been away he has 20 years’ worth of video messages that show his little kids have turned, in the blink of an eye, into two middle-aged adults.  And all of this is underscored by Zimmer who playfully toys with the audience with Straussian themes relying on heavy, wheezingly religiose, organ-type chords moving you to tears!

As a light-year-spanning quest to save the human race, this is the director’s broadest canvas by far, but also his most intimate. And against the alien backdrop of black holes, wormholes, and strange new worlds, Interstellar stands as Nolan’s most human film to date. The visuals will keep you in the movie, the heartfelt story of a father and daughter will move you, and the soundtrack emerges you completely into a new world. Interstellar is well worth the three hours of couch time!