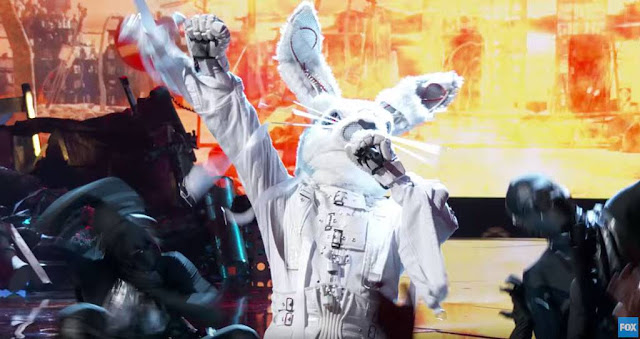 Ok so who is watching this major hit on Fox, The Masked Singer? I'm always grateful when a tv show comes along and the family fills in the living room to watch together and this silly show has done just that. From brainless judging and the fantastic costumes, The Masked Singer is something unexpectedly deep. And surprising fun you come for the costumes and stay for the hidden voice. 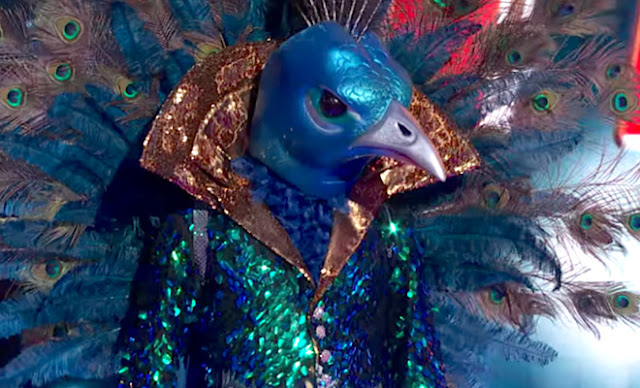 Of course, the show has given us much to talk about and the speculation throughout the house is bringing this family together in a fun way. And being a musical family we can hear the voice and know kind of who it might be but when we struggle a bit thankfully we can go back and listen to the clues. For example, the obvious one is the Peacock the clues:  He started in show business as a kid,  “Putting on a show is in my DNA,”. And of course the line “It’s probably been a while since your mom had a poster me on her wall.” And, he claims to be best buds with Michael Jackson. Finally, and the one that convinced my wife he pets the small dog statue in his intro most likely referring to Osmond’s hit  “Puppy Love”. But for me, it was clear that he was on Broadway with his moves and stage presence. SO clearly in this house, we all agree on Donnie Osmond.

It is the White Rabbit that still has us scratching our heads. My wife is an N'Sync fanatic and really wants to believe its JC from the band as do I, but I think he can sing much better so we are not 100%. And sure it could be Joey and why not he has made a career for himself doing reality shows.

So here are his clues. He’s spent most of his life onstage, but he was “never alone.” Now he “pops up here and I pop up there.” Synchronized singing is his forte. “This rabbit’s gonna win and you believe the last mask standing is gonna be me.” The Rabbit admits he was once part of a group. Let’s do a little process of elimination it’s certainly not Justin Timberlake or Lance Bass I mean come on JT is a little busy at the moment. Chris Kirkpatrick well I never thought he could sing so let's move on. That leaves JC Chasez, who hasn’t been around much, and Joey Fatone, who has.

So in this house, it is Joey Fatone. 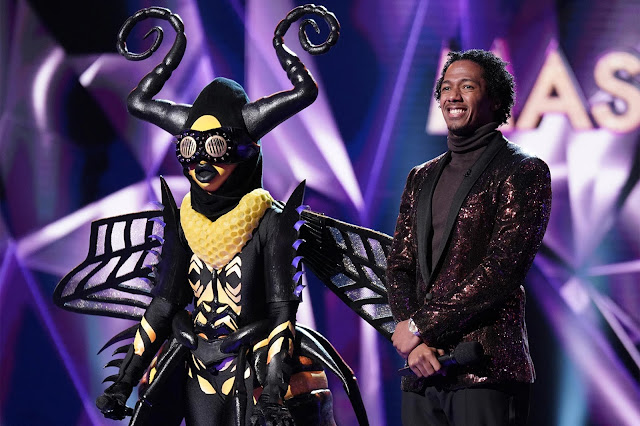 The only other one I'm 100% on would be the Bee She’s had a long career, and never wanted to stop doing what she loves. She wants to reach a new generation and prove that she still has what it takes to create a buzz and in her video intro yet another clue a picture of tennis balls. She tells the judges later that she started singing “in the ’50s.”

Often called the “Empress of Soul,” Gladys Knight won Ted Mack’s The Original Amateur Hour in 1952 when she was 7 years old. Then she created the Pips with her siblings and cousins, and they started touring in the late ’50s. Oh, and according to her Wiki page, she also loves to play tennis.

So for me Gladys Knight! You could just hear the soul in her voice and I could listen to her again!

The other one we feel strongly about is the Raven as Ricki Lake and here is why. She came out big like Broadway big as well, she took control of the audience and judges with her presence and Ricki was the star of Hairspray and Cry Baby so we know she can sing and carry herself on stage. And in her promo she did say All her life, she’s listened to “other peoples’ stories.” She calls herself a sunny person, and say she’s always found an audience. “No one talks like me.”  And recently, she suffered a tragic loss, and “like a phoenix, she’ll rise up.”. We also know that her ex-husband committed suicide last year that would tie into her tragic loss witch by the way I feel was unneeded in the storyline. 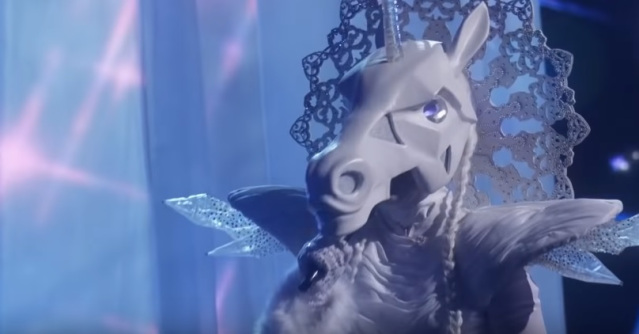 As for the unicorn, I said Tori Spelling but still not 100% on her but her back story would say so. The rest well I just don't know and I love it hell I could be wrong on all of them so far. So what are your guesses? And if you have not seen the show why not? Let me know in the comments lets talk The Masked Signer.