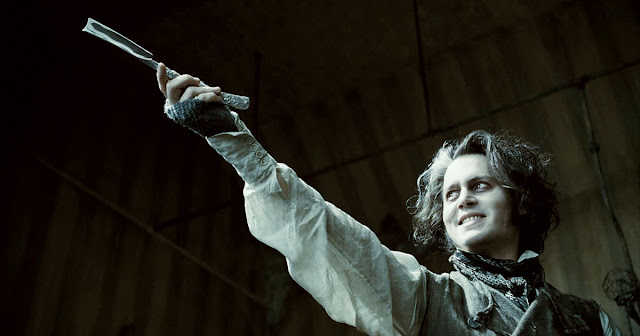 FreeForm has announced its 2018 31 Nights of Halloween and is set to be wild. With six new movie premiers and one new Disney TV special I will need to clear some space on my TiVo stat! Two big tiles really stand out for me with 2013's romantic Zombie flick Warm Bodies on October 2nd to the Arnold Scherzinger zombie vehicle Maggie hitting the small screen on October 18th. 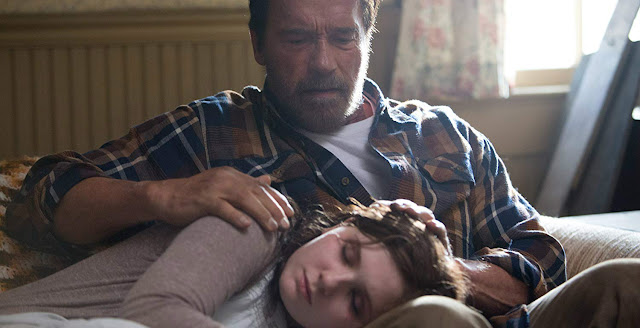 Other's getting there FreeForm debut Disneys Malifacent on October 6th, Sweeney Todd: The Demon Barber of Fleet Street On the 7th, On the 14th Hotel Transylvania on rounding out the new frights The Witches of Eastwick on the 22nd. On Sunday, October 14th we also get a new Decorating Disney: Halloween Magic so it looks to be the family time in front of the tube will be wild this year. Also to be noted most of us will be glad to see Twilight has been removed for this year. Seem's Disney is trying really hard to make Hocus Pocus the Halloween movie equivalent to A Christmas Story with its marathon on Halloween. So let me know in the comments below of what you're looking forward to seeing this spooky season. 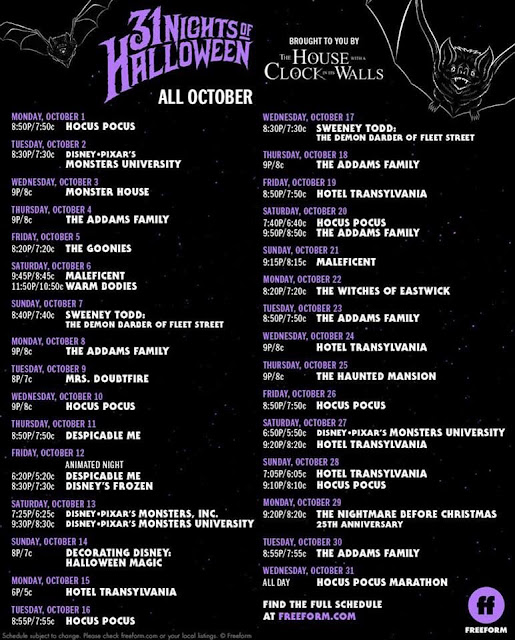