Believe the legend. Beware the wolf. 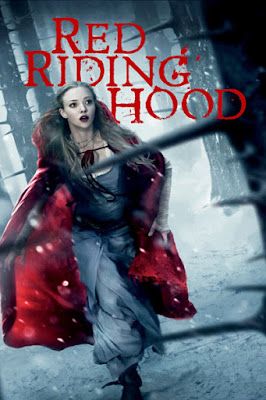 Set in a medieval village that is haunted by a werewolf, a young girl falls for an orphaned woodcutter, much to her family's displeasure.

After winning 2009's Fright Meter award for writing the ever so scary "Orphan" David Leslie Johnson teams up with Twilight director Catherine Hardwicke giving us a dream world set in a medieval time! And boy is the look and feel of this flick beautiful. The screen is often filled with dazzling fall colors to the harsh of winter the surroundings draw you in quickly. But can a movie about a werewolf set in the 1300's with the vibe of Twilight last? Read on my followers read on!

First I want to tip my hat to Mandy Walker who visually brought this movie to life, her use of color and light drawing you into the dark in such a wonderful way is by far the high point of Red Riding Hood. After watching what is now her early work I really want to dive into some of her new films like Australia and Hidden Figures. Honestly, I do not understand why she was not nominated for any kind of awards for this movie. And I give strong kudos to the art department and sound engineers. Sadly that is about it other than the soundtrack.

The weakest thing to come out of this movie would have to be the cast and the bland story they had to work with. Sadly they took a good idea and tried to make it into another teen love story. Don't get me wrong it has its audience and it almost had me sucked in 100%. Sadly I figured out the movie rather quickly due to its story telling and its odd pacing. Also, I did not care much for the weak attempts to include dialogue from the fable that draws its inspiration. Am not saying the cast was awful just not sure they were the right people for the roles they played. They defiantly went for the pretty vs true grit.

The true question would be did the movie keep me entertained and the answer is yes. Gary Oldman was wonderful as the preacher with a strong performance that comes off so evil that you enjoy his presence on screen.  Julie Christie kept the screen oozing with darkness as grandma. And the Mamma Mia actress Amanda Seyfried is easy on the eyes.

What was the most annoying thing in this movie no not the CG Werewolf (I did not think it was that bad) but **Small Spoiler** the love making scene in the SNOW!! I live in Illinios so I know snow damn it and I would never ever get naked for a hot blonde under any circumstances! I was perfectly fine with this movie right up to this point! And did they have goose bumps or shiver no they looked like they were on the beach! Again written as a teen romance novel! I could go on for an hour about how stupid this was. Ok, rant over.

In the end, I would recommend this movie it is visually pleasing and really sets the mood of a far off land. Red Riding Hood plays more of a fantasy than a horror movie very lite on blood and violence. I also do not recall any bad words flying through the air as well. If I was to rate this on the cast and story it would be low but you blend in a fantastic soundtrack and a powerful vision I have to bump it up a notch....


The following review was part of The Colors Blogathon, so click here and catch the rainbow of other colorful movies!

Katura and the Cat a Halloween Tail.

Katura and the Cat is an original fairytale by JP Somersaulter and Lillian Somersaulter Moats. In the film, Katura receives a mysterious key from her grandmother, who instructs her to go across the forest to attend a Halloween ball at the castle. Along the way, Katura encounters witches and ghouls, a missing prince, and a shape-shifting cat. Illustrated with high-contrast imagery, silhouetted forest scapes, and a black, white, red, and blue color scheme, Katura and the Cat is a Halloween-inspired fairytale that is visually reminiscent of a graphic novel.

This creepy as all get out 10 minutes short from 1982 was intended for Kindergarten through intermediate grades! Man, I love these old creepy things. And what a fantastic tail to boot. 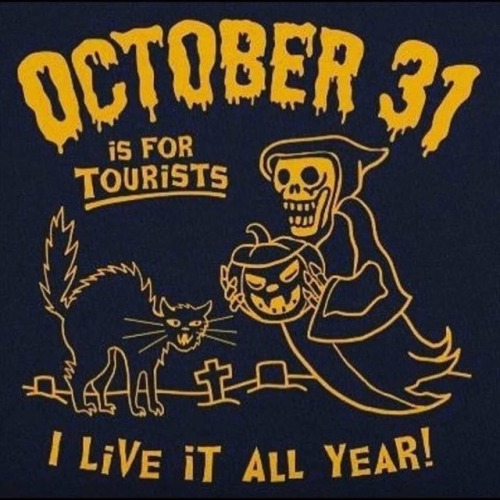 Chill and Thrill to Dracula's Curse! Tonight on Svengoolie.

Writers:  Eric Taylor  Curt Siodmak
Stars:  Lon Chaney Jr. Robert Paige Louise Allbritton
Synopsis: Count Alucard finds his way from Budapest to the swamps of the Deep South after meeting Katherine Caldwell, of the moneyed Caldwell clan that runs a plantation called Dark Oaks. She's obsessed with occult matters. Who better to guide her through this supernatural world than Count Alucard, whose name no one bothers to spell backward? No one, that is, except the wily Dr. Brewster, an old family friend. He'll join Professor Lazlo, a specialist in the occult, in fighting this "Alucard" and the woman he's influenced. Or has Katherine influenced him? Meanwhile, Katherine's fiancé, Frank Stanley, will find his courage and his sanity sorely tested when he accidentally shoots Katherine to death, yet finds that she goes on living.

What did Halloween Look Like On Mtv in 1987 Well Take a look. 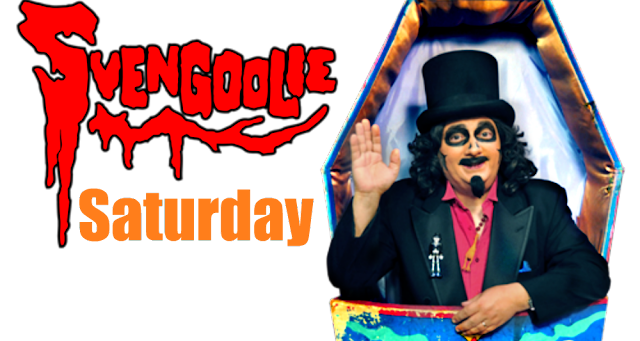 
Synopsis: Four explorers are summoned to Peru by the brilliant physicist Dr. Thorkel. They discover a rich source of radium and a half-mad Thorkel who shrinks them down to one-fifth their normal size when they threaten to stop his unorthodox experimentation.

Some of us also received the great news that CW26 in the Chicago land has brought back Sven on Saturday mornings rebroadcasting last week's movie! This is great news for me as now I do not have to watch it on my phone using the MeTV app. So if you missed those pesky Killer Rabbits in Night of the Lepus you still have time! 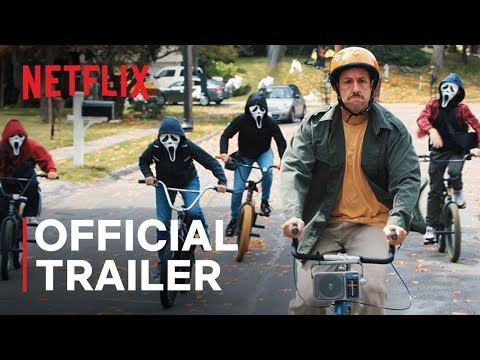 
Despite his devotion to his hometown of Salem (and its Halloween celebration), Hubie Dubois is a figure of mockery for kids and adults alike. But this year, something is going bump in the night, and it's up to Hubie to save Halloween.


Hubie Halloween is just one of several new movies and shows coming to Netflix this Halloween, and people seem to be excited! the movie reunites a bunch of comedy faves all in one star-studded cast. Like many prolific people in Hollywood, Sandler definitely has some collaborators he likes to work with a lot, and some of them show up in this cast, but there are also plenty of exciting newcomers to watch out for.

Ok let me know will you be tuning in or tuning out?

The First of Many Halloween Hootenanny Songs!

Let's kick off the spooky season a little early this year! I think we all could use a little fun around the house so crank up some Halloween inspired tunes and dance!The Ghost In You - The Psychedelic Furs
Ghosts - Ladytron

Lust For A Vampyr - I Monster

And that's just the tip of the iceberg join me every Monday now through Halloween for more groovy tunes to howl at the moon.


When is it bad luck to see a black cat?
When you're a mouse

Why did Snap, Crackle, and Pop get scared?
They heard there was a cereal killer on the loose.

What is a ghost's favorite dessert?
Ice Scream Duh.


How do you fix a jack-o-lantern?
With a Pumpkin Patch.
What should you say when you meet a ghost in your bedroom?
"How do you boo?"


We are creeping that much closer to Halloween make sure to check out our Host Countdown To Halloween  as bloggers from all over celebrate everyone's favorite spooky season.