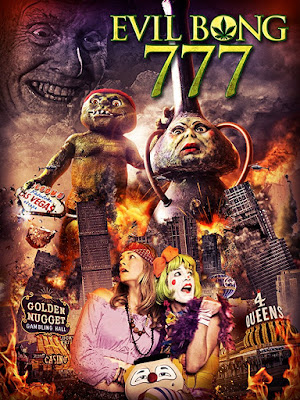 EVIL BONG 777 leaves off where last year's EVIL BONG 666 left off. Our scowling weed-spewing Eebee is out of "Sexy Hell" and heading to Sin City with danger on her tail. She's joined by her whack pack of fabulous freaks: Faux Batty, Rabbit, Misty and The Gingerweed Man. Get ready for a tidal wave of smutty, skunky, surreal insanity as the gang gets into all manner of misadventures. Can Vegas handle this gaggle of ganja-fied weirdos? 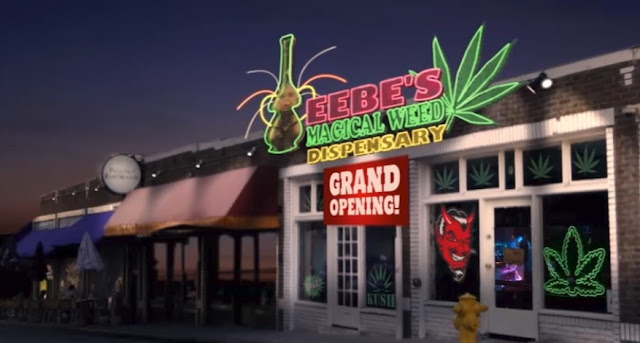 It's 420 kids and you know what that means, yep its time for Uncle Charley to bring us another pothead bong movie! I know for me its like Halloween I just get so excited. This being the 8th flick overall they seem to grow in popularity every year. So does 777 hold up well light one up and grab the cheese curl's my friends and read on. 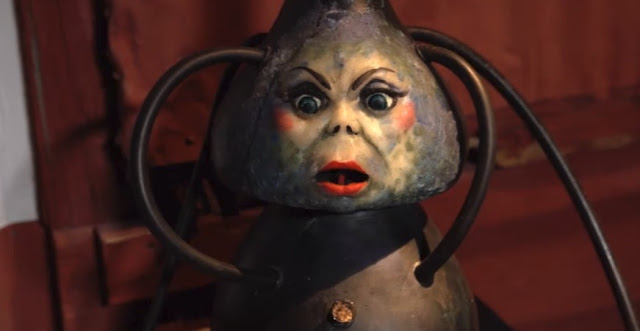 First thing I would like to clear the air about, I was surprised the lack of PR for this flick usually the Full Moon Camp is tweeting out teaser pictures and little tease in the newsletter but for this one, they kept it pretty tight-lipped. In fact, I almost forgot about it until last week when I realized it was coming soon. 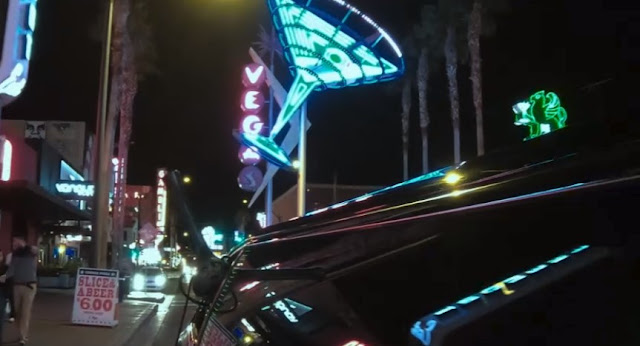 From humble apartment and bowling alleys, Eebee has moved on to the Vegas Strip. Of course, Band gives us a nice look into sin city.  Somehow writer Brockton McKinney weaves up a nice story this time around for our heroes(?), as they escape to what has to be the cool's place in Vegas Versnachy's Fuppet Theater! When you get a movie with a giant Elvis puppet that has Sex with a stripper you know you're in for a good time! And that is only the beging of the crazyness. 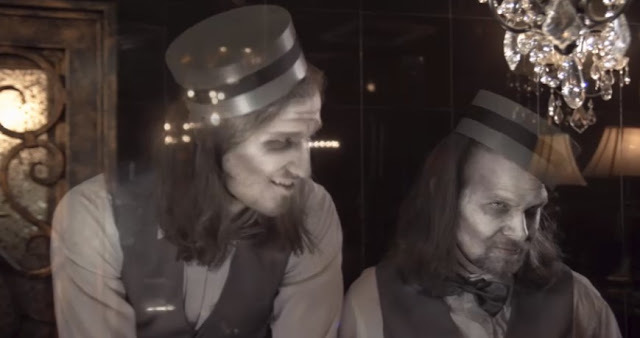 The look and feel of this movie is on point and the use of different locations are fun we are no longer strapped to Eebee's magical weed storefront. The Artisan Hotel looks amazing and was a perfect backdrop to tell the tale. The place looks fun enough to look into a stay a while proved that we do not have to deal with pothead ghost. It has a nice creepy look that invites you in. 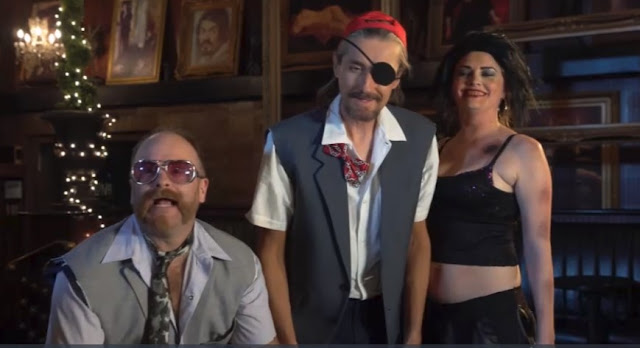 It is always fun to see returning cast members show up to fill in the backstory as well. From Circus-Szalewski, Michelle Mais, and Alan Maxon you never know what you will get even a cameo from Tanya Tate. What was nice to see this time around was no silly merchandise from Full Moon in the back round or how the story was built around. It was getting kind of stale, needless to say, it was nice not to have it in your face. We still get some of that but nothing that takes you out of the mood. 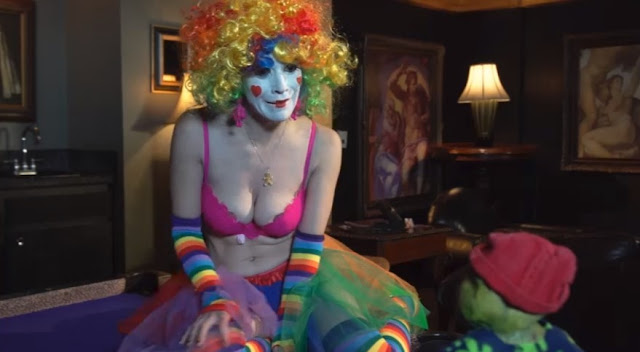 I know I have been kind of harsh on Robin in the past getting really annoying in these films but this time around she toned down her performance and played an annoying charter to a tee. I still love Robin and feel she is underappreciated in Hollywood and should be doing so much more. She is still one of the main reason's to watch any of the Evil Bong flicks. 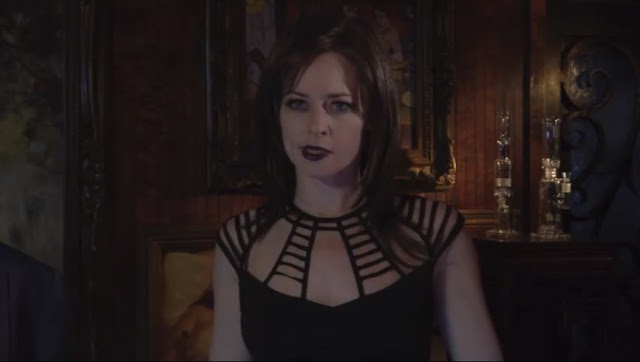 But let's not forget Jessica Morris I fell for her in Haunted Casino but after The Dead Want Women I fell head over heels for this girl. She is so sweet and in 777 we get to see a darker version of her. It's nice to see her back and looking forward to her return in the 8th installment. 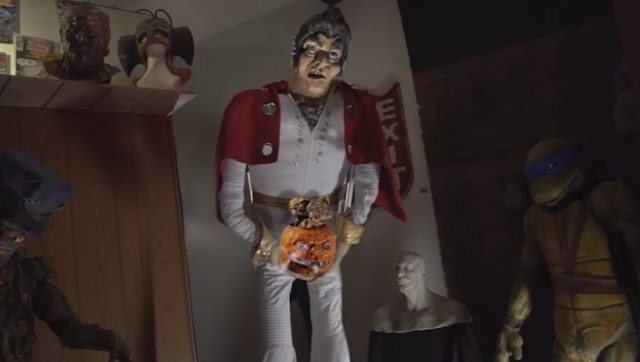 Also for Evil Bong 777 Tom Devlin again knocks it out of the park with his 1313FX which is the real deal. Plus we get a nice little sneak peek into his Las Vegas Musem along with two new puppets (See photo below). Not much new in the way of the soundtrack we do get a few new song's but none as memerable as Wicked Weed that will be running through my head all weekend. 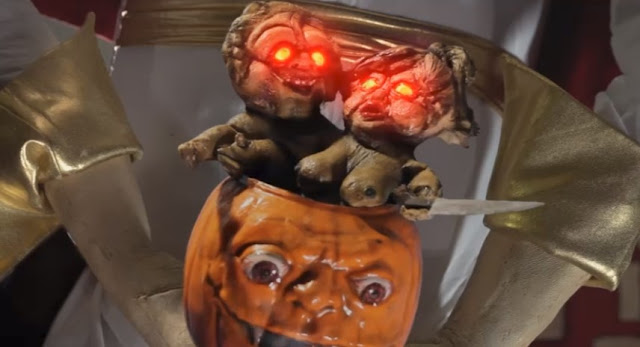 Evil Bong has just the right running time at 58 minutes I have said once before with these films you get no filler BS but rather a perfect movie. Movies today needing to run an hour and a half fall apart trying to fill your attention with pointless junk that can ruin the film. Do not let the runtime fool you it never stop's being fun and when it does end it leaves you wanting just a bit more! 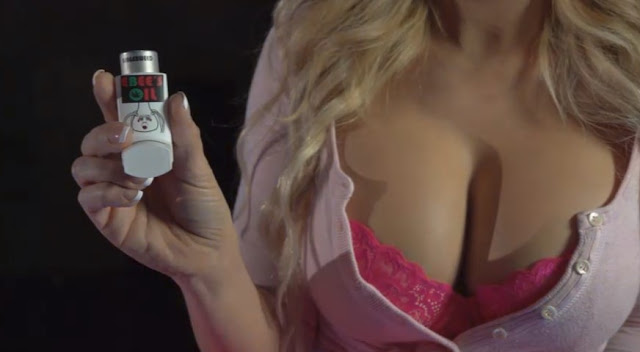 So what do you get with Evil Bong 777, well fill your pipe for some puppet sex, evil hell, and Vegas baby. 777 keeps the story going looks fantastic and is one hell of a fun ride!