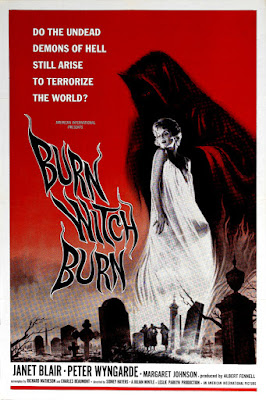 Synopsis:
A skeptical college professor discovers that his wife has been practicing magic for years. Like the learned, rational fellow he is, he forces her to destroy all her magical charms and protective devices, and stop that foolishness. He isn't put off by her insistence that his professional rivals are working magic against him, and her protections are necessary to his career and life.

This post is part of The Richard Matheson Blogathon! so make sure to check out the other's, and if this is your first time to the cave welcome!

Norman Taylor (Wyngarde) is a psychology professor lecturing about belief systems and superstition. One day he discovers that his wife is practicing witchcraft. She insists that her charms have been responsible for his rapid advancement in his academic career and for his general well-being. Upon this discovery, He forces her to burn all of her magical paraphernalia and that's when all hell breaks loose. But sadly for me the movie never really finds its legs never really drawing the tension it was trying to conceive. 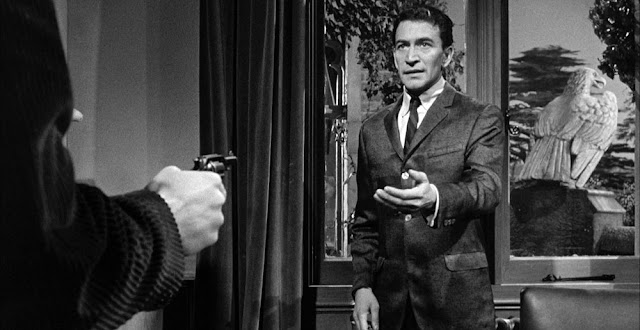 The good news for its writer Matheson, he will go on to write some B-movie classics like Jaws 3-D, The Omega Man, and Trilogy of Terror. The one bright spot for me has to be Wyngarde with his smooth looks and fine acting as he takes the wheel and drives this one home. The rest of the cast was just ok nothing overly special. 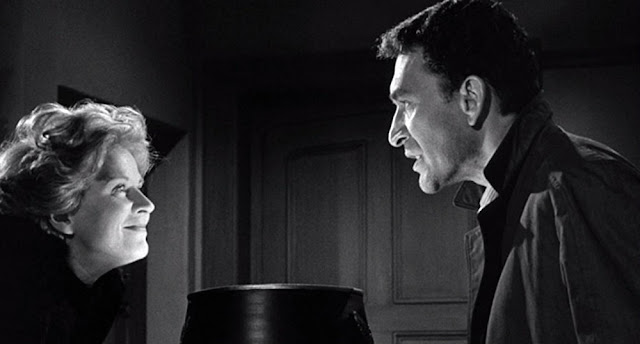 The look and feel of Burn, Witch, Burn, has its appeal and works with the story trying to make it more dramatic. Nothing outstanding about the score as well leaving you with a slow burn or maybe even a simmer that never really comes to a boil.

Witch stories are some of my favorites but this one just did not grab me. With a rather dull cast to go with a pretty tame story Burn, Witch, Burn, falls short for me in a big way, and it is sad as this one is coined as one of the best British horror movies of the 60s'.